Not all LED signs are made equally 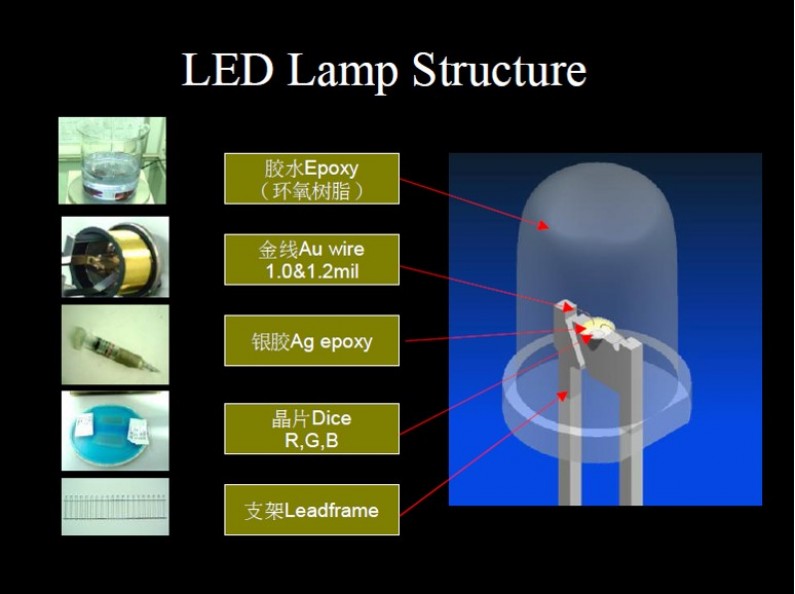 You get what you pay for

Have you heard of the old adage “you only get what you pay for”.

What about “you can’t make a silk purse out of a sow’s ear”?

This is not a blog about ye ole English or local phrases, but the one thing you can generally ‘take to the bank’ (sorry) is you usually only get what you pay for – and LED displays are no different.

What is the difference between copper and gold then?

We need to know how a LED is manufactured and used, before we can see the relevant properties of gold versus copper.

(Did you know that when you put all three RGB on at the same time, you can see the red, blue and green when close up, but as soon as you step back those same LED become a single white colour?)

“DIP” LED are the individual LED that you see clustered together separately on the outside  as separate colours – so you will see one (or two) red, one blue, and one green, clustered together and all 3 operate together within (say) that 10mm space, to produce the colour element required for that part of the picture. 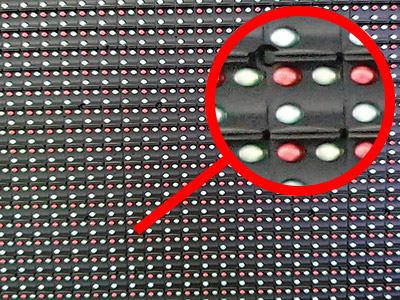 Inside the LED the individual ‘filaments’ are secured to the heatsink slug with either gold or copper wire (this is the bit we’re talking about in this blog). 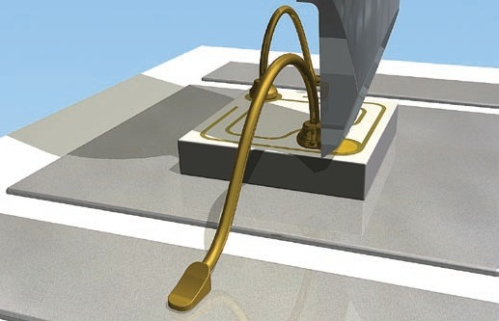 To give you an overview of the entire LED, have a look at the heatsink slug (base) with the “flip chip” inside the epoxy lens, and connected by gold (or copper) wire below (interesting eh?).

That’s probably enough of the LED structure for you – am I right?

How do they work

A LED is a “light emitting diode”. When you crank them up they generate heat. If you run your program on enough white content (like the background to your logo) then you actually have all 3 (RGB) LED on full noise at the same time, and quite independently to the heat generated by the AC to DC power supply conversion going on behind the scenes, the LED themselves can generate a good amount of heat within the LED itself (hence the need for the heatsink).

It is the heat generated from this process, and the corresponding expansion and contraction that then goes on, to really show the difference between gold and copper in this application.

The thermal conductivity of gold is 317W/mK compared with copper at 401W/mK, however gold lasts much longer as it will not oxidize easily.

Gold also has an electrical conductivity 30% higher than copper.

And so the benefits?

If you haven’t got it now, gold gives greater reliability (and longer lasting performance) because it does not oxidize as easily as copper, and conducts better.

The only reason copper is used is due to the price being substantially cheaper.

If you want to buy a cheaper LED display, then you will find copper will be within your price range, but also do not be surprised you start having performance issues within a year or two as you’d be surprised to know “you only get what you pay for”!

Our company has a very strong Tech Team. When we imported our very first LED screens quite some time ago now we were surprised to see one went and the other didn’t, even though they were both brand new out of the box. Not to be phased we rolled up our sleeves and started to dig deep as to why a brand new product was not working and unfortunately we found it was impossible to diagnose the fault externally. All we knew was there was as intermittent connection going on somewhere inside the panels, but as they were SMD (Surface Mounted Design, placed by a computer controlled robotic device) we would not get in there to fix it so really, even though brand new, it was only suitable for the rubbish tip.

From that very fundamental place we formed the view the only way we could supply reliable product was to step up to the quality of gold and since that time we have near on a complete 100% reliability in everything we manufacture.

Without exception every engineer in China will tell you copper is only suitable for short term rental products (where the screens are only on for a few hours a week). It is universally accepted that if you want to run a LED display commercially you need to use gold wire LED.

Posted 22 months ago by Dave Jaques